A CITY OF RICH CULTURAL AND HISTORICAL HERITAGE

The Austrian capital is world-famous for its rich cultural and historical heritage that can be sampled in the 100 museums or just by strolling the streets of the old city centre that belongs to the UNESCO world cultural heritage.

Vienna is known as one of the music capitals of the world. There is no other city where so many famous composers have lived, and music tradition is kept alive in Vienna’s famous opera house and concert halls. Modern musicals have replaced the old operetta, with two theatres devoted to this genre alone.

Nowadays Vienna is also known as a modern art centre and a city with a very high quality of life. In addition to sites of historical interest the city offer fine examples of innovative architecture, fashionable shopping areas, and moreover samples of Viennese lifestyle in its traditional coffee houses, the Heurigen (wine taverns), trendy bars, sausage vendors and discos.

Vienna is one of the 4 official seats of the United Nations and home to 15 UN organizations, OSCE and OPEC as well as 18 other international organizations. 200 international corporations have their Eastern European headquarters in Vienna (incl. JVC, Heineken, Henkel, Beiersdorf, Siemens) in addition to Austrian companies of global significance (e.g. Wienerberger AG, OMV). Every year, over 100 international companies open a branch office in Vienna.

Over 34,000 people work in Vienna in the field of research and development, 43% of all research activities in Austria take place in Vienna. The city has 9 public universities, 5 advanced technical colleges and 6 private universities, with a population of over 160,000 students, the largest university city in the German-speaking region.

Formerly the capital of a multicultural and multilingual empire, Vienna has retained its international flair. 570,000 people of international origins from 198 countries live in Vienna, 200,000 from EU Member States. 49% of Viennese have a migrant background (either personally born outside of Austria or with at least one parent born elsewhere). 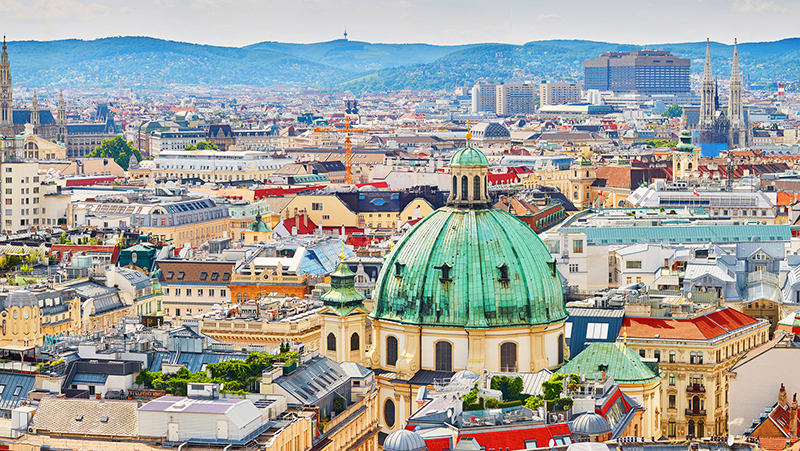 The registration for the 24th EFORT Congress in Vienna, Austria is open!

Please note that only the EFORT Congress Vienna 2023 official online registration platform provides you with the possibility to register for the congress but also to book hotel accommodation, to request a visa invitation letter as well as a few other additional services.

Please also note that our appointed PCO: Congrex Switzerland Ltd. is the only official partner for registration and housing administration.