How to get to Lisbon

Travelling by car is the most time-consuming manners of traveling to Lisbon, first of all due the city’s geographical location on the west coast of the country, and secondly because you have to cross Spain.

Depending on the direction from which tourists head for Lisbon, they can take several motorways and national European roads.

People who come from the south take the A2 Motorway.

The A5 Motorway is advisable for visitors who travel from the west.

Lisbon is an old city with narrow and winding streets where parking capacity is scarce. You are advised to park in one of the underground car parks.

Paid parking is applicable to the centre of Lisbon in three parking zones, the red zone, the yellow zone and the green zone.

A very important thing to keep in mind when parking in Lisbon is whether or not you’re parking in an area where trams pass. If a tram can’t pass due a to a parked vehicle, the car will be towed.

The public transportation system in Lisbon works quite well and is generally timely. The main means of public transport are Tram, Bus, Lifts and Metro. Flat fare on the buses is €2,00 and on the trams (streetcars) is €3,00 - cash paid on board. A single ticket on the metro is €1,50. There are a variety of passes available which reduce those costs. Details are available in English on the Carris website https://www.carris.pt/en/. 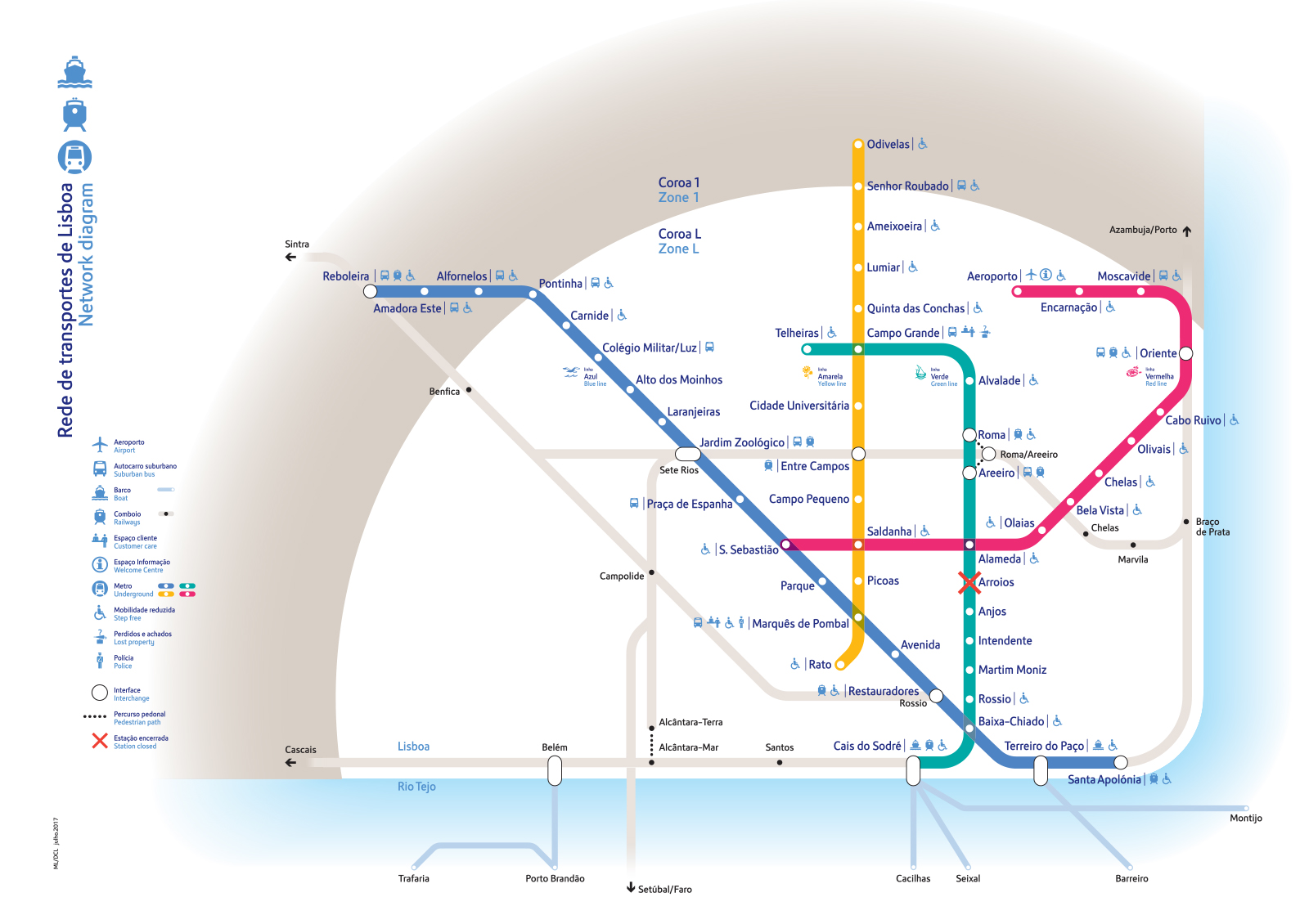